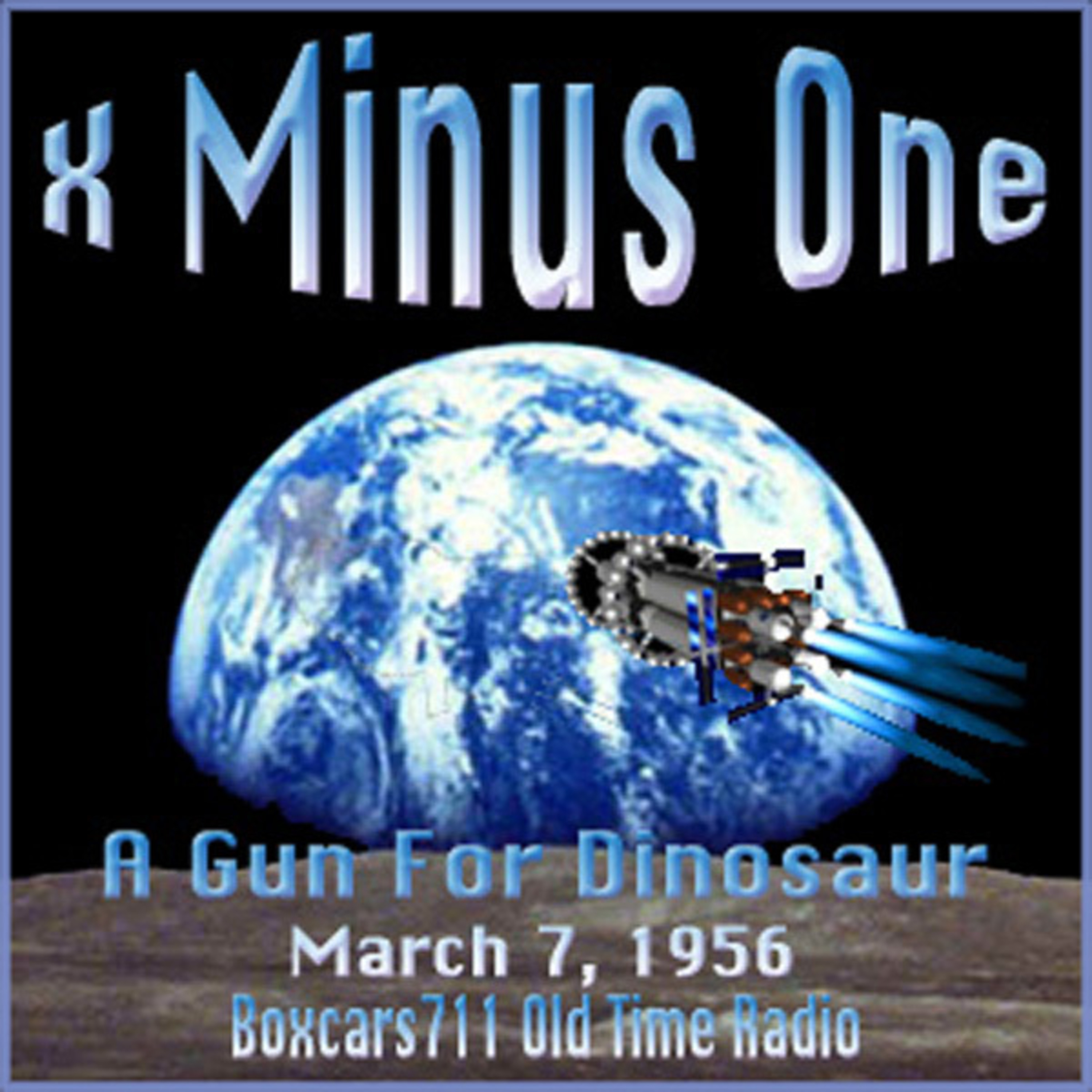 A Gun For Dinosaur (Aired March 7, 1956)
X Minus One was an NBC science fiction series that was an extension, or revival, of NBC's earlier science fiction series, Dimension X, which ran from Apr. 8, 1950 through Sept. 29, 1951. Both are remembered for bringing really first rate science fiction to the air. The first X Minus One shows used scripts from Dimension X, but soon created new shows from storied from the pages of Galaxy Magazine. A total of 125 programs were broadcast, some repeats or remakes, until the last show of Jan. 9, 1958. There was a one-program revival attempt in 1973.
THIS EPISODE:
March 7, 1956. NBC network. "A Gun For Dinosaur". Sustaining. A hunt for thunder lizards eighty five million years ago. A good time travel story. The script was used subsequently on "Future Tense" during July, 1976. Alistair Duncan, Wendell Holmes, John Gibson, Donald Buka, Warren Parker, Alan Hewitt, L. Sprague de Camp (author), Fred Collins (announcer), Ernest Kinoy (adaptor), Daniel Sutter (director), William Welch (producer). 29:36. Episode Notes From The Radio Gold Index.